At Alyth & District Agricultural Show, aged two and a half.

I was born into a farming family in Perthshire, Scotland. I went to my local primary and secondary schools and then, because I was and have remained, a most enthusiastic student, I went to the following universities: Loughborough, Leeds, York, Paris, Middlesex, London and Dundee. I have a Bachelor of Science, Two Master of Arts and a Doctor of Philosophy degrees along with some other post-graduate diplomas and certificates.

I worked for many years as a university lecturer and latterly as a head of department. I also trained as a psychoanalyst in London and Paris and had a private practice in psychoanalytic psychotherapy alongside my academic career.

I have written throughout my life. In my childhood I wrote plays that I and my fellow Brownies and schoolmates performed. In my teens I wrote revolutionary and feminist poetry. In my twenties I wrote radical articles for left wing newspapers and in my thirties, I mostly wrote course materials and research studies. Since my teens I’ve always written about love, relationships, identity and politics and when I reached my forties I began to do so more seriously. But I rarely published anything. I had trouble with the idea that I could be a writer. 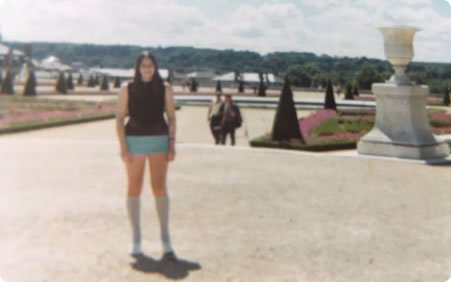 In the rural world I come from, work was physical activity which resulted in something tangible – you ploughed a field, made pans of mashed tatties, nurtured lambs who got bigger and fatter and picked punnets of berries. But the idea that writing was a thing that you might do to make a living was not available to somebody, and especially a woman, in my world. Going to University was considered a bit of an indulgence and a temporary aberration before either taking a job as a teacher or health professional and/or coming home to marry a farmer and slotting into ‘real’ life.

I returned home during summers and other holidays but otherwise I stayed away, making a young life for myself in a more socially and politically stimulating environment. I had joined left-wing organisations as a student and knew that my sympathies would continue in that direction. I was an organiser for anti-racist, pro-Irish republican, anti-apartheid, pro-Zanu, anti-imperialist, pro-women, anti-sexist, pro-choice and other campaigns. Much of my writing at that time went into leaflets, pamphlets and radical newspapers. 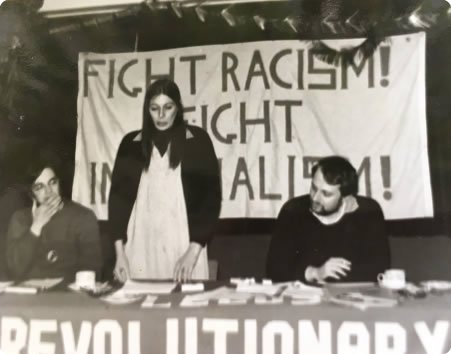 I did train as a teacher and even worked for a year in a secondary school. I had skewed my teacher training towards further education and then worked in colleges. At the same time I became a mother, twice, and shortly after, a single parent. I juggled part time teaching contracts at colleges and a university with early parenthood and, while money was a struggle, I loved my life. I was surrounded by feminist friends and other single mothers and we established support networks and kept each other sane. We also made use of the available childcare provision with my daughters attending a great local authority nursery and then, when needed, an after-school club.

I had a large cellar and lived right in the middle of Chapeltown, the main black area of Leeds. I loved reggae music and when an opportunity arose to host a ‘blues’ I jumped at the chance. Apart from providing me with a built-in social life, it would give me a cash-flow to supplement my precarious part-time wages. This unconventional move gave me some of the happiest times of my life. Other people smoked weed but I got high on the music and I loved organising and running Alison’s Blues or Francis St Blues.1 And I made some great mates in the process. I would like to write the story of those days when I can find the time.

Ideas were what really excited me, so once my daughters were both at school full-time, I went back to part-time postgraduate studies alongside part-time teaching. I travelled over to York for the pioneering Women’s Studies MA and found the intellectual camaraderie that I sought. I became more interested in therapeutic ideas and also did a course in group analysis there.

The strain of studying, working and parenting and my apparent inability to hold on to love relationships left me with personal questions about what my life was about, what it was to ‘be’ a woman and how to live with love. I became a client of the Leeds Women’s Counselling and Therapy Service and had my first experience of being an analysand. I later joined the WCTS committee and then became its chair. 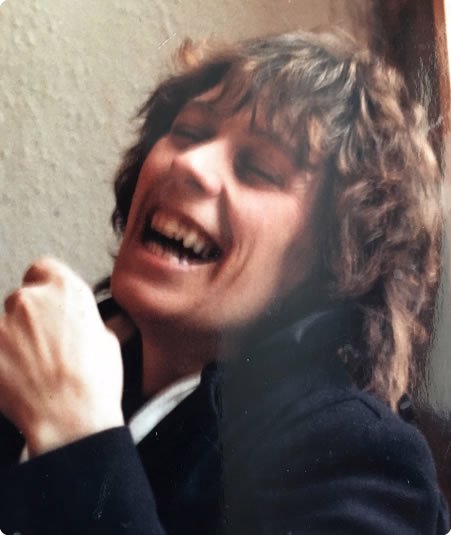 I needed more education and training in psychoanalysis and found them in, first, London and then Paris. I also secured a full-time University teaching post. I loved my job and the forward-looking department I worked in. I had wonderful colleagues and great opportunities to develop projects in dynamic teams and it was an invigorating time. I gave papers at conferences, I developed new courses, I ran research training events and I looked after my students. I accumulated promotions and worked on many cross-university initiatives. Later the corporate ethos would change and the University which had been an intellectual haven, became a number-crunching bureaucracy – but it had been amazing while it lasted. I started out as an enthusiastic and precocious intellectual but I had become a manager overseeing audits and spreadsheets. Writing during those years was largely dictated by professional demands. I also embarked on a part-time PhD and eventually realised that I wouldn’t complete it unless I gave up my managerial job. 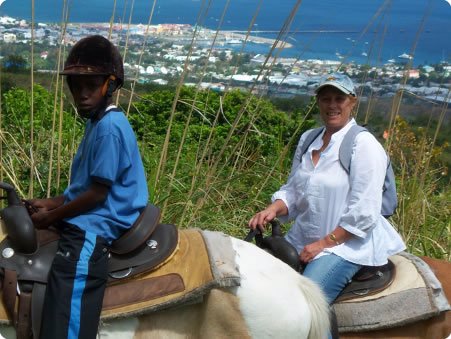 Above Basseterre, St Kitts with my friend Anthea’s son

My children had gone off to University, I was probably menopausal and I was having a midlife crisis. In 2009, I took a sabbatical year away from my university job and travelled round the world, staying for extended periods in India, New Zealand and the Caribbean. I decided not to return to the University, went back to the Caribbean and then moved to London where I did complete my Doctorate. I worked on my magnum opus, a large and detailed study of love in (mostly) Western culture. Much of this work was based on extensive research conducted over previous decades. I took some part-time work in London and loved the buzz of the city and the opportunities for cultural exploration but decided to come ‘home’ in 2011, partly to help my Mum who had been hospitalised, partly to find a peaceful environment to finish the book, partly to see if I could live in my rural home area after decades of urban engagement and partly because Scotland was actively seeking Independence and I wanted to contribute. The book was essentially completed in 2016 and awaits publication. 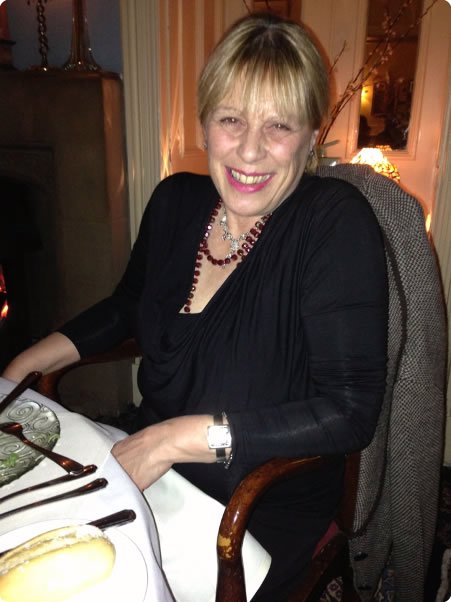 After working on the Love book for many years, I wanted a complete break from that kind of occupation, so I started a couple of small part-time companies – one promoting Scottish historical tourism and one marketing local fruit and vegetables. They were fun to do and paid the bills while I began to develop other writing projects and until I could claim my (delayed WASPI) pension. I have now decided that, late in the day and for better or for worse, writing will be my full-time focus.

1 The lovely Victorian terrace has now been bull-dozed and replaced with modern housing.