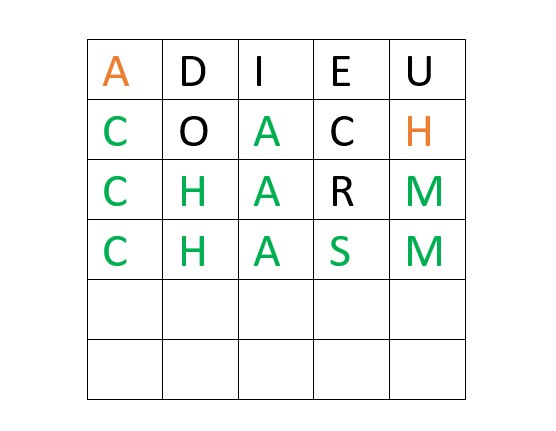 Beyond Wordle: My Other -rdles

When Wordle crossed my horizon during lockdown I was quickly enchanted and soon after, addicted. I played every morning and shared on social media. I tried a few related games like Dordle and Nerdle. After a while, Wordle began to wear a bit thin. Over too quickly, sometimes too easy, sometimes too difficult, occasionally too American (spelling is American English which can sometimes catch me out). But Wordle was my route to a host of other, similar, wordy entertainment.

I now regularly play 11 different games and have settled into a post-lockdown rdle regime that works for me.

A few details: I play these games on my phone. I mostly play them first thing in the morning before getting up (I see them as my mind-limbering exercises) but occasionally I play them around midnight before going to sleep. On a difficult day they might take me an hour, on an easy day, half an hour. I consider it time well spent.

Here is a rundown of my favourite rdles in descending order with a little helpful commentary on each.

This one is based on phrases, so you get spaces for a bunch of words such as ‘All’s Fair In Love And War’. The trick here is to start with any random words that fit, making sure to get a spread of vowels and work forward based on the results. Be prepared for the foregrounding of American idioms that may be lost on non-Americans – ‘Get Out of Dodge’ – I’d heard of Dodge City but did not know this was a common phrase. So sometimes it is a learning opportunity. I like this game as it has a good balance of frustration and achievement.

This is not a word game at all, but I love it. You get an outline of a country (or territory), like this: 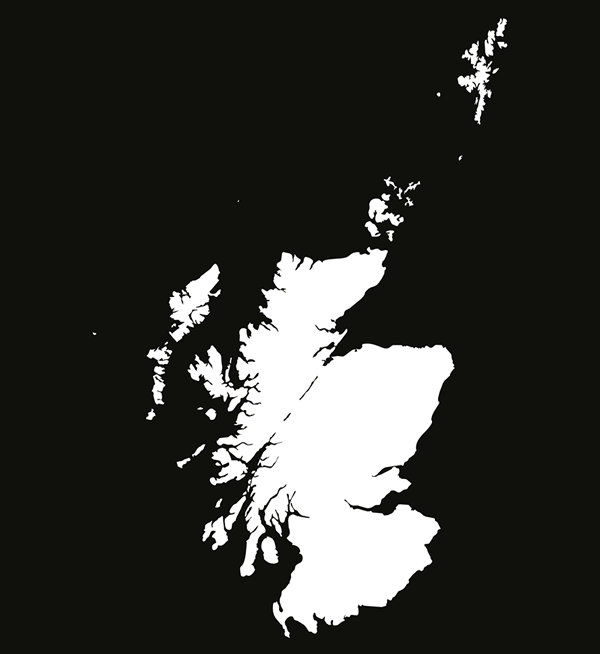 And you guess what/where it is. Images can be as big as Brazil or as small as Saint Helena. You get a percentage mark and a hint about how far or near you are to the answer along with a guiding arrow with each guess you make. If you have even the remotest notion of geography this is great fun. And when it gets difficult you just have a look on Google maps. A word of warning. I mentioned Saint Helena quite deliberately as I failed on it recently. Apart from the fact that it is almost microscopic in territorial terms and almost unfindable in the South Atlantic, its current correct full name is ‘Saint Helena, Ascension and Tristan da Cunha’. My failure was caused by trying to call it St Helena.

Sedecordle is my absolute favourite of the 5-letter word games. You are essentially doing 16 wordles at the same time. Very helpfully, Sedecordle provides you with a running score at the top, so you know how many lines, and which, you still need to complete. My strategy is to start with three words that include all five vowels plus the ‘y’. My current choice is TRACE, POUND and FISHY and they work well but I vary if I get bored. The first couple of guesses are usually a bit difficult but then it becomes easier as added letters make some answers obvious. However, I often find I am trying to solve the last puzzle with only one space to go – oh, the drama and tension!

When it is done, I almost always have a fleeting feeling of bereavement. I love Sedecordle.

AARGH. This is the most challenging of the rdles I do – but that is why I love it. I have a vested interest here as I host a version of it on my website. This is based on guessing Scottish Place names. My Scots geography is very good but I reckon I have only heard of about 40% of the places that turn up. Alongside well-known places like Perth and Troon, there are hidden gems like Hoish and Fidge. Who knew (well, apart from the people who live at Hoish or Fidge – apologies to them)? Every day is a school day. If, like me, you enjoy excessive frustration and very delayed gratification, this is the game for you.

This is a wee collection of Four, Five and Six Letter games. It can be shockingly easy or surprisingly frustrating – both of which I enjoy. The biggest downfall with this set of games is that the hosts are obviously using it principally as a money-making venture, so they insist on pushing adverts. I find the adverts easy to ignore/get rid of, but it is only fair to let you know. Apart from that, the word-guessing is fun.

When I discovered Octordle, I was very excited for a week or two until it was surpassed by Sedecordle. Basically, it is 8 wordles at once so it is half as good as Sedecordle. Which still makes it pretty good.

When I first had a go at Latin Wordle I assumed it would be a curiosity for a couple of days, but I have stuck with it. I did a few years of Latin at high school but do not recall much. But Latin or its offshoots are all around us, so I battle on. So much of English has Latin roots so it is worth having a go. ‘Ratio’, ‘Extra’ and ‘Virgo’ have all served me well. Worth a go if you are feeling a bit word adventurous. You get to look up words in the Latin dictionary link, which helps. The one downside is they keep wanting me to sign up so they can have my email with which to annoy me. Easily ignored. 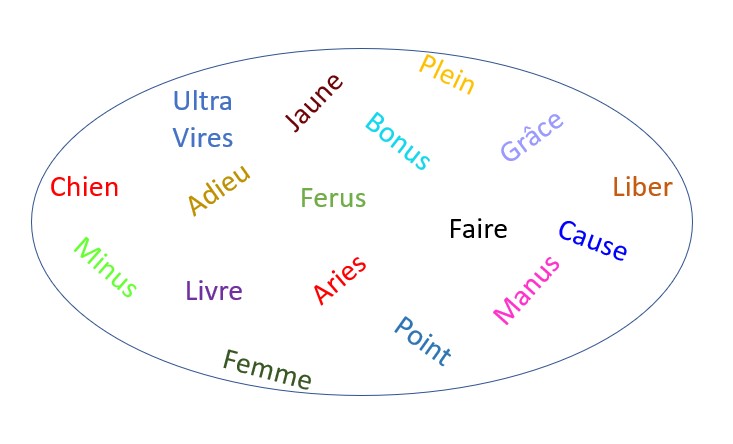 This is wordle but in French. I have loved the French language and culture since I was about 10 so always a soft spot for Le français. My French is not great, but it is enough to manage this quite well. I often used to use ADIEU as my starter in regular English Wordle. Of course, it works wonderfully well in French, from whence it came. The one notable advantage of Le Mot is that, because France is usually an hour ahead of the UK, I can have a fresh one at 11pm. Almost all the others change at midnight.

Four wordles at the same time. So, a quarter as good as Sedecordle. However, it has one great redeeming feature. If, as occasionally happens, I find myself stuck somewhere in a waiting game with only my phone for entertainment, Quordle will let me play ‘practice’ games till the cows come home. Not advisable for anyone both inclined to addiction and time-poor but a useful backstop for the likes of me.

I like the name, but the game can drive me a bit up the wall. This is Wordle in Scots. I grew up speaking Perthshire Scots (due to my locale), Scots English (also in my locale), BBC English (on television) American English (also via TV) and some Borders Scots (courtesy of my parents). I really like Scots words and often find it difficult to find good English equivalents for, e.g., scunnered, glaur, breeks, dreich, braw and trachle. MacWordle draws on the Dictionary of the Scottish Language. I almost gave up using it because it goes in for lots of obscurity, but I noticed recently that the words were more common and accessible. I’m wondering if they have had a policy shift or if I am just imagining things. If anyone else knows, let me know. 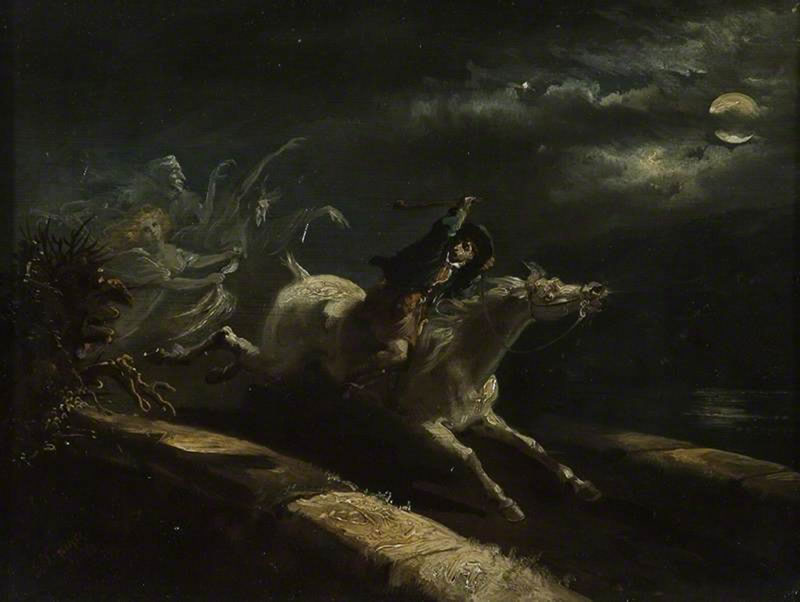 Dordle is my fall-back. I often don’t get round to doing it. It is the one that signals I have really come to the end of my distracting foray into rdle games, and I will have to get up and get on with real life after all. At a combo of two wordles it is an eighth as good as Sedecordle. But sometimes it surprises me. Just when I am about to think of giving up on it, it will throw a spanner in the works and I will find that despite my best efforts, I have failed, and I’m not even sure how it happened. So, I soldier on for the time being.

You may have noticed that there is no Wordle, Nerdle (or Binerdle [which is two simultaneous Nerdles]). Wordle fell off my phone and I didn’t notice for a few days. And so, I just left it off. No great shakes and hence my title. For those new to Nerdle it is a game of numbers where you have to work out the figures and the basic arithmetical steps. I used to do Nerdle every morning till, like Wordle, it was inadvertently dumped. I was kind of relieved because I had realised that I had gotten a bit bored by it. After a suitable hiatus I might go back to these and have another go.

It may turn out that, like my interest in Sudoku, wordy games are a passing phase that will consign themselves to the bin when I am ready. This would not surprise me at all. In the meantime, I am going to carry on, but I would be interested in hearing about your experience. Your options are to respond on Twitter or Facebook or send me an email at alison@alisonhall.scot.

Beyond Wordle: My Other -rdles